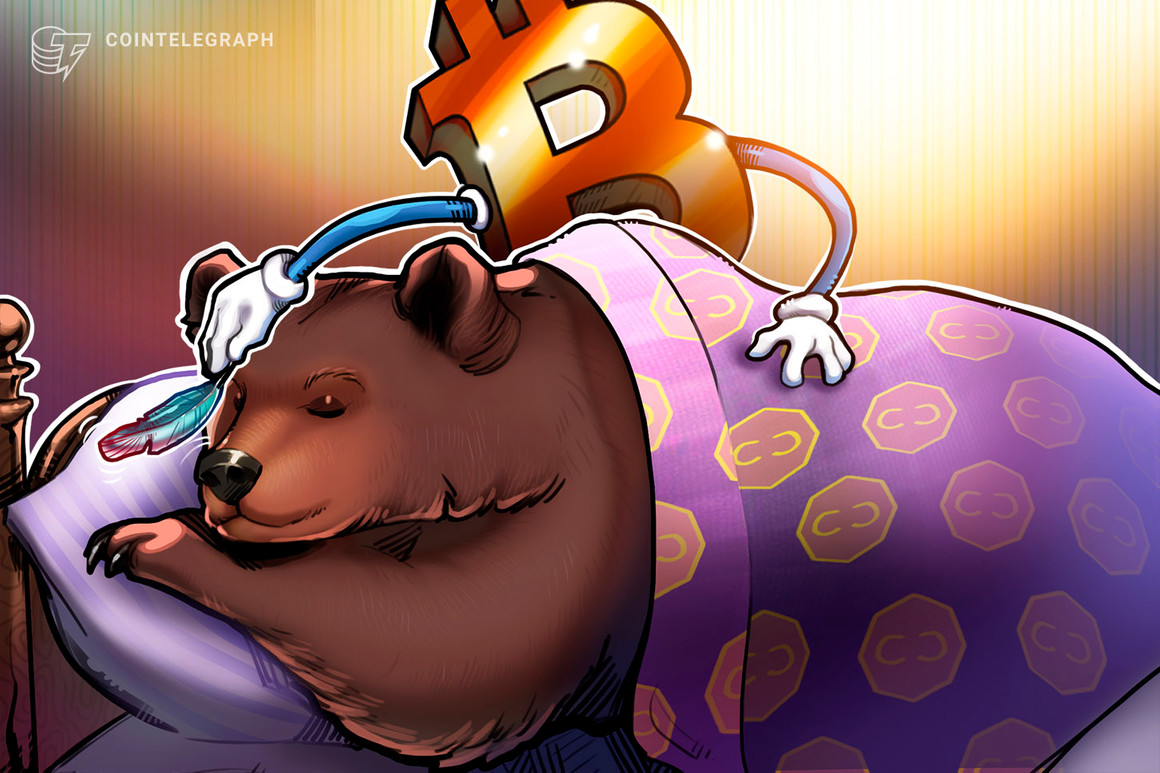 On April 14 Bitcoin price hit a new all-time high at $64,850 and many of the crypto sector’s top analysts were calling for BTC to carry on to at least $100,000 before the rally showed any signs of possible exhaustion.

Fast forward 37 days and Bitcoin now trades nearly 50% down from its all-time high after dropping as low as $30,000 to mark the sharpest correction in BTC price since March 2020.

The general reaction among analysts has been mixed as some cite various metrics which suggest that $30,000 is the bottom for BTC. Others advise caution as the failure of BTC price to show a strong bounce from the current oversold conditions is a signal that further downside could be in store.

To get a better handle on exactly what happened to Bitcoin and where the price might go from here, Cointelegraph spoke with David Lifchitz, managing partner and chief investment officer at ExoAlpha.

Cointelegraph: What led the market to this precipice and in your opinion what pushed Bitcoin price over the edge?

David Lifchitz: Last week, just a few hours before Elon Musk’s incendiary tweet about Bitcoin, we warned that there was more downside potential than upside potential for Bitcoin due to a lack of any upward catalyst on the horizon, and we have been served.

CT: Why was this head and shoulders pattern problematic?

DL: Bitcoin was trading then around $43,000 right below the neckline, which was not very healthy as the expected output of such pattern would be a downward move of the same amplitude as between the neckline level and the top of the head, which were respectively about $45,000 and $60,000.

This would mean a potential slide down to $30,000 which is where Bitcoin initially found support after taking a breather after its fall 2020 bullrun. This was just some technical analysis and probabilities but nothing guaranteed a return to $30,000. The price breaking down below $50,000, a level which had acted as previous support, drastically weakened Bitcoin in the short term.

Moreover, Grayscale’s Bitcoin Trust (GBTC) trading at a historical discount could also be putting pressure on Bitcoin prices and if Grayscale doesn’t act swiftly to reduce the discount, which it doesn’t seem to have decided to do just yet, but we won’t go into to much detail on that.

CT: Were institutions or retail behind the drop?

DL: The head and shoulders pattern we discussed with a downside target around $30,000 that we discussed earlier has been spot on, even if it occurred quite quickly!

This looks like the final flush-out after the last couple of months of an irrational bull run, shitcoin frenzy and other antics.

However, as the dip at $30,000 has already been bought back up to $38,000 and as $40,000 looks like now to the new resistance level, let’s see how Asia will react and how the US-time zone then reacts to the activity that occurs overseas.

If we compare the May 19, 2021 selloff to the March 13, 2020 sell-off, we can see that the current dip was quickly bought, whereas the dip was only bought the next day in March 2020. This is a sign that more short term, automated traders are in the market these days than a year ago.

What could have sparked the selloff? Definitely some heavy selling of Bitcoin. Some might be wondering if Musk eventually dumped his Tesla Bitcoin (after having loaded up on puts of course) or was Grayscale forced to sell some of their holdings to meet a large investor request? Who knows! But the overleveraged environment in which crypto traders evolve definitely works in both ways.

Moreover, traditional markets being overstretched to the point of letting go probably didn’t help as well.

Disclaimer. Cointelegraph does not endorse any content of product on this page. While we aim at providing you all important information that we could obtain, readers should do their own research before taking any actions related to the company and carry full responsibility for their decisions, nor this article can be considered as an investment advice.