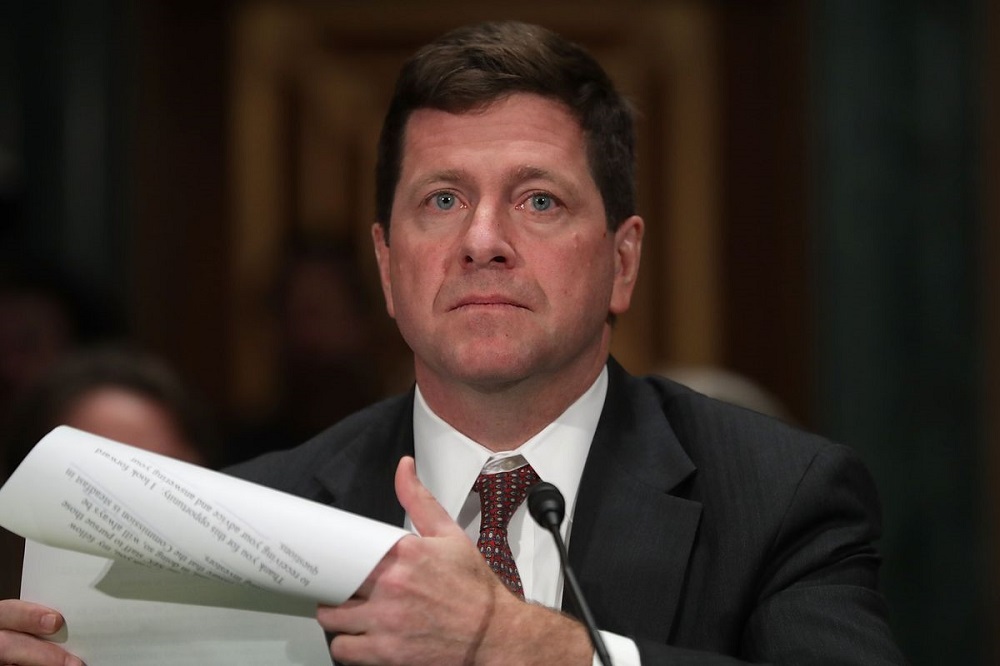 Former Securities and Exchange Commission (SEC) Chairman Jay Clayton will resume duty as an adviser to One River Asset Management, a $2.5 billion firm whose cryptocurrency funds are backed by hedge fund titan Alan Howard, in terms of offering regulatory advice.

During his term at the SEC, ETF applications from companies like Bitwise, CBOE, and NYSE were rejected for regulatory related reasons.

Up until the day he left office, no Bitcoin ETF was approved, however many crypto enthusiasts believed that the change of power might lead to a Bitcoin ETF in the future.

One person with such hope was Matt Hougan, CEO at Bitwise, who believes the SEC will approve a Bitcoin ETF within the next five years.

After Clayton’s departure from the SEC, he started working as a non-executive chairman of Apollo Global Management Inc. However, he revealed that he is open to the idea of looking into the potential and growth of cryptocurrency and any related instruments. In line with such a decision, he is to become one of the three advisers to One River founder and Chief Executive Officer Eric Peters.

The former SEC chair will work alongside Kevin Hassett, who previously worked under President Donald Trump as chairman of the Council of Economic Advisers, and Jonathan Orszag, an economic consultant who formerly worked under the Clinton administration.

Although Clayton agreed to consider cryptocurrency or any related assets, he plainly stated that rather than minding his role at One River as an advisor to a cryptocurrency-focused firm, his beliefs on the importance of the rule of law and of regulation either in the crypto space or elsewhere have not changed.

The newly appointed advisor at One River doesn’t hold any digital assets and it’s not a requirement for his duty. But he believes that a time is coming when there will be an “international consensus around digital assets.”

Sharing his views on digital assets, he said, “the digitization of our financial ecosystem isn’t just coming, it’s already here.”

He continued, “Three years ago, I didn’t believe we would be where we are today — the number of respected investors who have embraced digital assets. I would not have predicted this level of take-up.”