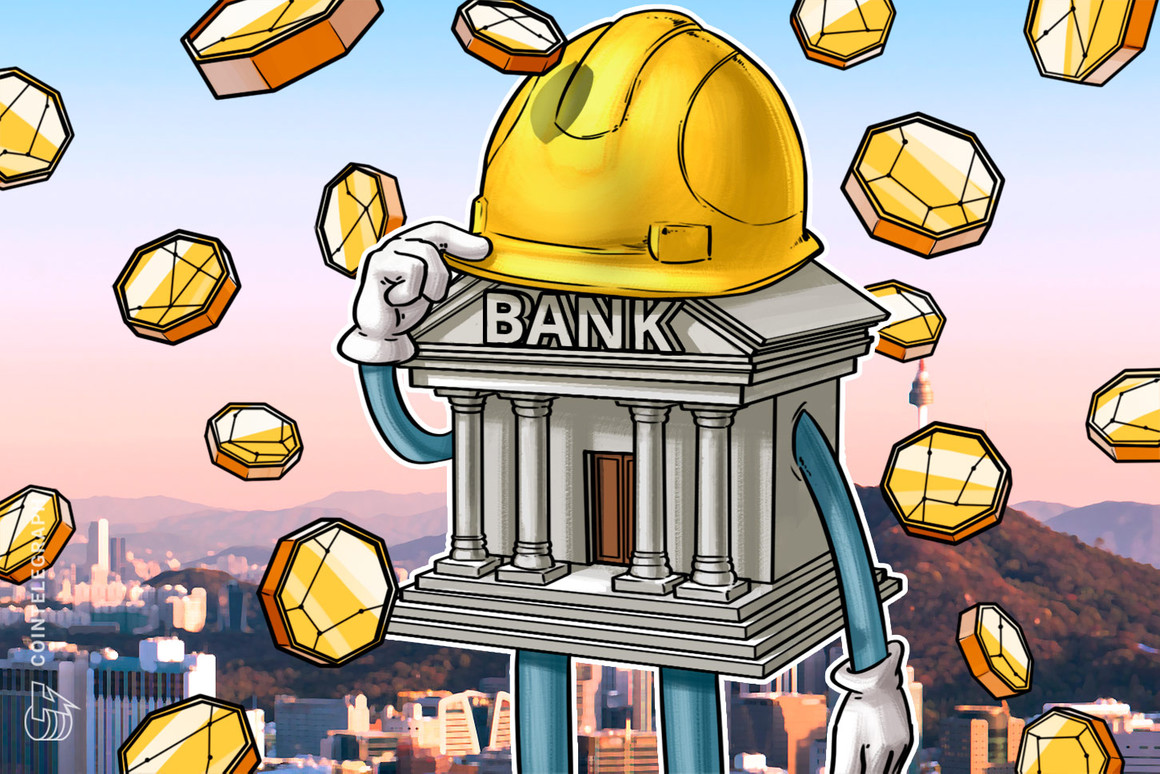 From refusing to bank crypto trading desks to closing accounts held by platforms, the mainstream financial sector appears to be putting up roadblocks to seamless cryptocurrency commerce. Without banking support, exchanges are often forced to depend on other fiat on-ramps to service the deposit and withdrawal needs of their customers.

The apparent discrimination against crypto exchanges also goes beyond the refusal of banking services. In countries such as South Korea, banks have increased the level of scrutiny involved in renewing operating licenses for platforms. The cost of compliance for these added regulatory provisions has led to several smaller-sized exchanges exiting the country.

These crypto-phobic practices by banks often draw from arguments that cryptocurrencies are a conduit for illegal activities. However, actual investigative data from several sources show that there is hardly any truth to the claim that crypto promotes money laundering and terrorist financing.

Meanwhile, banks continue to be docked for aiding and abetting criminal organizations. From the United States to Australia, commercial banks are paying huge fines for laundering dirty money for syndicates like the mob and violent drug cartels. Yet a more transparent and trustless system is treated as a villain. But is the tide about to turn?

In Australia, one crypto trading desk operator appears determined to call out the alleged discriminatory banking practices by banks against cryptocurrency exchanges in the country. As previously reported by Cointelegraph, Allan Flynn, a Bitcoin exchange owner, has petitioned the ACT Civil and Administrative Tribunal over alleged discriminatory practices by Australia and New Zealand Banking Group and Westpac, two commercial banks in the country.

The exchange owner that services over 450 customers said his business has suffered sudden account closures from 20 banks over the last three years. According to Flynn, both banks shut down his accounts without prior notice.

Flynn filed a similar case against banks back in 2020, but the Australian Financial Complaints Authority ruled that Westpac acted in accordance with the bank’s policy. According to Flynn, Westpac offered a settlement of 250 Australian dollars, which is yet to be paid.

At the time of writing, ANZ is yet to respond to Cointelegraph’s request for comments. A spokesperson for Westpac did tell Cointelegraph that customer confidentiality policies prevent the bank from commenting about the case.

Cointelegraph also reached out to a cross-section of stakeholders in the Australian crypto scene, and the consensus among the respondents was that the banks in question were “habitual deniers of service.” Commenting on whether Australian banks could be described as being “crypto-phobic,” Steve Vallas, CEO of industry body Blockchain Australia, told Cointelegraph:

“It is fair to say that the banking industry in Australia has not embraced the cryptocurrency sector. […] The historical narrative of cryptocurrency and the dark web has led to an underinvestment by Australian banks in the sector. It’s also meant that those who seek to engage the banks have received little if any interest.”

In a conversation with Cointelegraph, Michael Bacina, partner at commercial law firm Piper Alderman — an advisor to major Australian crypto exchanges — described Australian banks as being conservative by nature and thus struggling with the innovation associated with cryptocurrencies. “As a relatively new industry, banks understandably don’t have a significant amount of data to identify transactions of concern and seem to be erring on the side of greater caution,” Bacina said, adding:

“Since banks occupy a privileged position in society and have the power to effectively shut down business by revoking banking, I would hope they are becoming more sophisticated and de-banking will be reserved to cases of genuine concern.”

For Vallas, Blockchain Australia will continue to liaise with the banking sector and financial regulators such as the Australian Securities and Investments Commission and the Australian Prudential Regulation Authority. “There has been a visible increase in discussion in ASIC, APRA and the Reserve Bank of Australia around the subject matter as understanding within government has grown,” Vallas said, adding: “We are optimistic that the banking sector will take confidence from the Federal Government’s lead in driving initiatives in the sector.”

We no speak crypto

In May 2020, JP Morgan accepted its first crypto exchange customers in Coinbase and Gemini. This move came after a rigorous vetting process owing to the massive regulatory moat around banks in the United States when it comes to onboarding startups.

U.S. banks such as JP Morgan were among one of the first fierce critics of Bitcoin (BTC) and cryptocurrencies in general. Thus, it’s unsurprising to see JP Morgan only onboarding its first crypto exchange clients in 2020.

Indeed, major crypto exchanges such as Coinbase and Bitfinex have been known to lose important banking relationships in major markets like Europe, the U.S. and the United Kingdom. Between 2017 and 2018, Bitfinex was forced to pause deposits and withdrawals after several banks, including Wells Fargo, severed ties with the company. Bitfinex even sued Wells Fargo, but the case was later dropped. As previously reported by Cointelegraph, Barclays and Coinbase also parted ways back in August 2019.

In September 2020, crypto exchange Kraken became the first in the U.S. to receive a banking license. As part of its support page, Kraken expressed difficulties in working with some “challenger bank,” stating: “Ironically, most of the issues we’ve seen with funding have been with online-only ‘cloud’ banks. In contrast, traditional banks with physical branches have generally worked fine with our clients.”

Indeed, Kraken lists Monzo and Revolut as cloud banks that do not process deposits or withdrawals from Kraken and other crypto exchanges. Oddly, Revolut began offering crypto support back in 2019, expanding its services to all standard users in April 2020.

Apart from banks not offering services to exchanges, some crypto traders in the U.K. are reportedly unable to withdraw their profits to their bank accounts. Earlier in January, reports emerged that HSBC had barred customers from making deposits and withdrawals using their bank accounts.

Before banning initial coin offerings and cryptocurrency trading in September 2017, China instructed banks not to offer services to crypto exchanges back in 2014. Hong Kong is presently moving toward a full-fledged prohibition on retail crypto trading as part of a sweeping money laundering crackdown.

In Asia as a whole, the situation regarding crypto-phobia among banks varies across different nations. Jurisdictions such as Singapore, Japan and South Korea with clear-cut cryptocurrency laws have banks ready to do business with exchanges.

However, South Korean banks, in particular, are known for demanding strict compliance with anti-money laundering laws before issuing licenses to crypto exchanges. Banking services renewal that used to be a breeze became a legitimately tougher affair as of July 2019, when South Korean banks reportedly began applying new guidelines by the Financial Action Task Force. Singapore and South Korea appear to be global leaders in complying with FATF crypto travel rule regulations.

As part of the revamped crypto regulations in South Korea, platforms must also work with their banking partners to ensure real-name account trading for their users as anonymous cryptocurrency trading is banned in South Korea. This particular rule was codified in the revised bill passed by the country’s National Assembly in March 2020.

Like China, India’s government has espoused anti-crypto sentiments on numerous occasions. In April 2018, the Reserve Bank of India banned banks from servicing crypto exchanges, which led to almost two years of legal challenges by several members of the Indian crypto industry.

India’s Supreme Court overturned the ban in March 2020, but several crypto exchanges report difficulties in securing bank accounts. Months after the Supreme Court’s verdict, the RBI even issued a statement declaring that there was no rule prohibiting banks from facilitating transactions of crypto firms.

Clear-cut crypto regulations are nonexistent in Sub-Saharan Africa despite the huge popularity of digital currencies on the continent. Nigeria accounts for the highest Bitcoin search interest in the world, according to Google Trends.

However, crypto investors in Nigeria face challenges in utilizing their bank cards to purchase cryptocurrencies from exchanges. In the first instance, the Central Bank of Nigeria reduced the monthly offshore spending limit on naira debit cards to just $100.

Apart from this limitation, banks are also preventing traders from buying crypto with their naira debit cards. According to Osita Nwanisobi, acting director for corporate communications at the CBN, there is no policy prohibiting the use of bank cards for crypto purchases. Responding to Cointelegraph via email, Nwanisobi stated:

“The banking public, however, has been cautioned by the CBN in dealing with cryptocurrencies because they are not regulated and banks were directed not to deal in that space.”

On the subject of regulations, the senior CBN official revealed that the central bank is studying the ecosystem to determine possible regulations for exchanges and trading desks. Back in September 2020, the Nigerian Securities and Exchange Commission officially recognized digital assets while promising to establish a regulatory framework for digital tokens.

In South Africa, there is significant crypto-phobia among the major banks in the country. In November 2019, First National Bank, one of the “big four” banks in South Africa, closed accounts belonging not just to exchanges but to cryptocurrency businesses in general.

In a conversation with Cointelegraph, Richard de Sousa, CEO of crypto exchange AltCoinTrader, bemoaned the discriminatory practices of FNB toward cryptocurrency firms, stating: “They are against crypto and will not bank you if your business works with crypto.”

He also stated that Absa, another big four bank in South Africa, has an anti-digital currency stance. He has also taken Absa before a South Africa High Court after the bank reportedly instructed the exchange’s payment gateway to stop offering services to the platform. For de Sousa, Absa’s actions amount to corporate bullying and discrimination.

On the other two major banks, the crypto exchange operator pointed to Standard Bank as the only pro-crypto financial institution among the lot. As for Nedbank, de Sousa said that his exchange is the only platform that is a customer of the bank. Farzam Ehsani, CEO of Valr — another South African crypto exchange — told Cointelegraph:

“Some banks — not all — are refusing to offer banking services to cryptocurrency companies (not just crypto exchanges). However, these banks are in the minority in South Africa — and to be frank, are making a huge mistake — and I understand that some of them are reconsidering their stance.”

Banks such as FNB have cited the lack of regulatory clarity as the reason for not banking crypto exchanges. According to Ehsani, the government is moving toward the establishment of a firm legal framework for cryptocurrency commerce in the country, adding: “The South African regulators are progressive and are in the process of providing a regulatory framework to support legitimate players in the crypto asset class.”

“We are currently in a comment period for a proposal by the Financial Sector Conduct Authority to declare crypto assets as a financial product. This would require crypto asset providers to become Financial Service Providers and become regulated by the South African authorities. Some banks have been waiting for this explicit clarity from the regulators and, from what I understand, all banks will start providing services to businesses in the crypto space once there is this regulatory clarity.”

At the heart of the apparent crypto discrimination among some banks is the notion that cryptocurrencies are used for illegal activities. Some reports show illicit deals only account for an insignificant proportion of global digital currency transactions. While other facts point to crypto being more transparent and requiring less trust in comparison to the legacy systems.

Meanwhile, commercial banks are still the preferred conduit for money laundering and other illegal financial transactions. Recently, authorities in Australia revealed that banks in the country helped funnel about $350 million in dirty money for drug cartels between 2014 and 2017. The likes of Wells Fargo and Deutsche Bank have also been slammed with fines for illegal financial dealings.