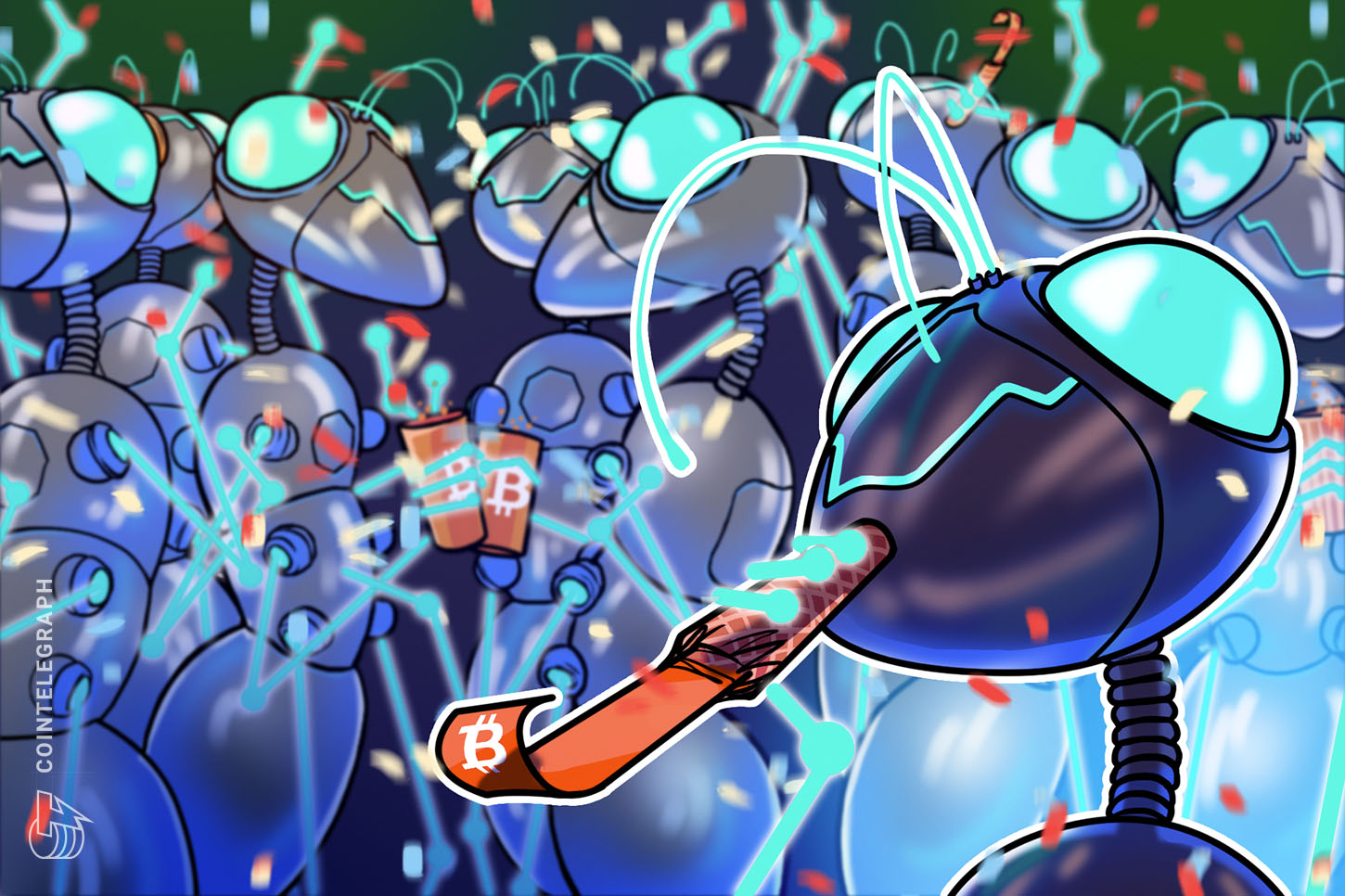 Satoshi Nakamoto, the unknown Bitcoin creator, released the first client network on this day 12 years ago, officially kickstarting what is perhaps the greatest monetary revolution of the 21st century.

Six days prior, on Jan. 3, 2009, Satoshi mined the Genesis block, known as #0, coding it into the software. Unlike the subsequent blocks in the chain, the coin base reward from the Genesis block cannot be spent, as only publicly mined “coins” can be transferred. So, the first block, or #1, was mined on Jan. 9, putting a true start to the network as it is known today.

Bitcoin 0.1.0 was only compatible with the Windows operating system. The first client version with Linux support did not come until December 2009 with the release of Bitcoin 0.2.0.

At the time, early adopters were already alive to the possibility of creating monetary value from computing power. According to Finney: “The possibility of generating coins today with a few cents of compute time may be quite a good bet.”

The programmer and cryptographer enthusiast famously predicted that Bitcoin could attain world reserve currency status and reach $10 million per coin. Satoshi agreed with Finney’s optimistic expectations, adding: “It might make sense just to get some in case it catches on.”

However, it was not until October 2009 that Bitcoin (BTC) would receive its first official valuation. At the time, the New Liberty Standard, an early BTC exchange, created a benchmark price for Bitcoin set at 1,309 BTC to $1.

Early miners became flush with Bitcoin, as the network is still in its infancy. Some even create Bitcoin faucets that help to promote broader BTC penetration.

In May 2010, Laszlo Hanyecz cemented his place forever in Bitcoin folklore, paying 10,000 BTC for pizza in what is widely considered to be the first “real-world” Bitcoin transaction.

WikiLeaks, cut off from funding sources, turned to Bitcoin and some early adopters encouraged Julian Assange to consider BTC adoption. Satoshi admonished Assange against the course of action, arguing that an association with WikiLeaks could bring unnecessary heat on the fledgling project.

Indeed, Satoshi’s plea to Assange was one of the last pieces of digital correspondence from the Bitcoin creator before exiting the scene completely.

By 2011, Bitcoin appeared to be evolving from being a strictly cypherpunk affair to the realm of anarchists and proponents of a free market. Silk Road, the defunct darknet marketplace, made an appearance with BTC as a popular payment method for illegal drug trafficking and other banned substances.

On the market side, Bitcoin claims the $1 price milestone as attention begins to spread to the wider tech community. By the middle of 2011, Bitcoin was at $30, but a 25,000-BTC theft from a user’s slushpool account caused a great price crash.

Back in 2010, Stellar founder Jed McCaleb established the Mt. Gox Bitcoin exchange. Fast forward to 2013, and the platform handled over 70% of the global BTC trade. Mt. Gox seemed too big to fail, but it did, indeed, fail when hackers stole about 850,000 BTC between 2011 and 2014. The news of the thefts caused another major Bitcoin price crash.

Meanwhile, tech adoption was on the rise, leading to the emergence of such products as BTC storage devices by the likes of Elliptic. U.S. crypto exchange giant Coinbase also came on the scene, raising $25 million in funding.

On the regulatory front, the period between 2013 and 2014 marked the beginning of several governments taking notice of Bitcoin. China’s central bank prohibited banks from facilitating BTC transactions, while the U.S. government auctioned off about 29,000 BTC seized from Silk Road operators.

By 2015, major altcoins projects such as Ethereum had begun to emerge, as founders looked to create digital currencies with features designed to fix perceived flaws in the Bitcoin protocol. Mining also went one step further with the introduction of application-specific integrated circuits and the rise of industrial Bitcoin mining.

Failure to reach a consensus on the block size limit saw a chain split occur in August 2017, leading to the creation of Bitcoin Cash (BCH). However, true prominence came when Bitcoin’s price grew almost 20-fold from January 2017 to mid-December, almost eclipsing the $20,000 mark.

Macro hedge funds, corporations and the rest of the institutional herd

Bitcoin’s rise to the $20,000 price level in 2017 was followed immediately by a substantial and prolonged crash that bottomed out at $3,800 in early 2018. The bear market would last for the rest of the year, with several proponents arguing for institutional adoption as the next step in the Bitcoin evolution.

Despite Bitcoin being in the throes of a bear market, its fundamentals continued to improve. By mid-2019, the network hash rate had topped 70 exahashes per second — more than 10 times the number of grains of sand on the planet. Bitcoin derivatives also took off, introducing markets such as futures and options contracts, and mainstream firms such as Fidelity announced plans for Bitcoin custody solutions.

In 2020, Bitcoin appeared to have become the darling of institutional investors, with hedge funds and corporations pursuing direct exposure to BTC. Some publicly listed companies have even added Bitcoin to their balance sheets, holding the top-ranked cryptocurrency by market capitalization as a treasury reserve asset amid recurrent currency debasement policies in major economies.

Bitcoin shot past the $20,000 mark in late 2020 but did not stop there. Successive reports of major firms buying BTC saw the price enter another parabolic advance despite dropping 50% in Q1 2020 during the initial COVID-19 asset sell-off.

What next for Bitcoin?

It is only early days in 2021, but Bitcoin has already reached above $42,000, two times more than the magic number back in 2017. In the 12 years since Satoshi released the first Bitcoin client, the network and the ecosystem itself have evolved from just being used in the cypherpunks arena to gaining attention from Wall Street.

In that time, gamblers, darknet narcotics vendors, citizens of failed states, “techpreneurs,” hedge funds, LLCs and everyday investors have flocked to the most popular cryptocurrency in the world. Perhaps, government adoption is next on the agenda, and Bitcoin could become a reserve currency of a major world power. Would Satoshi be pleased with such an outcome?