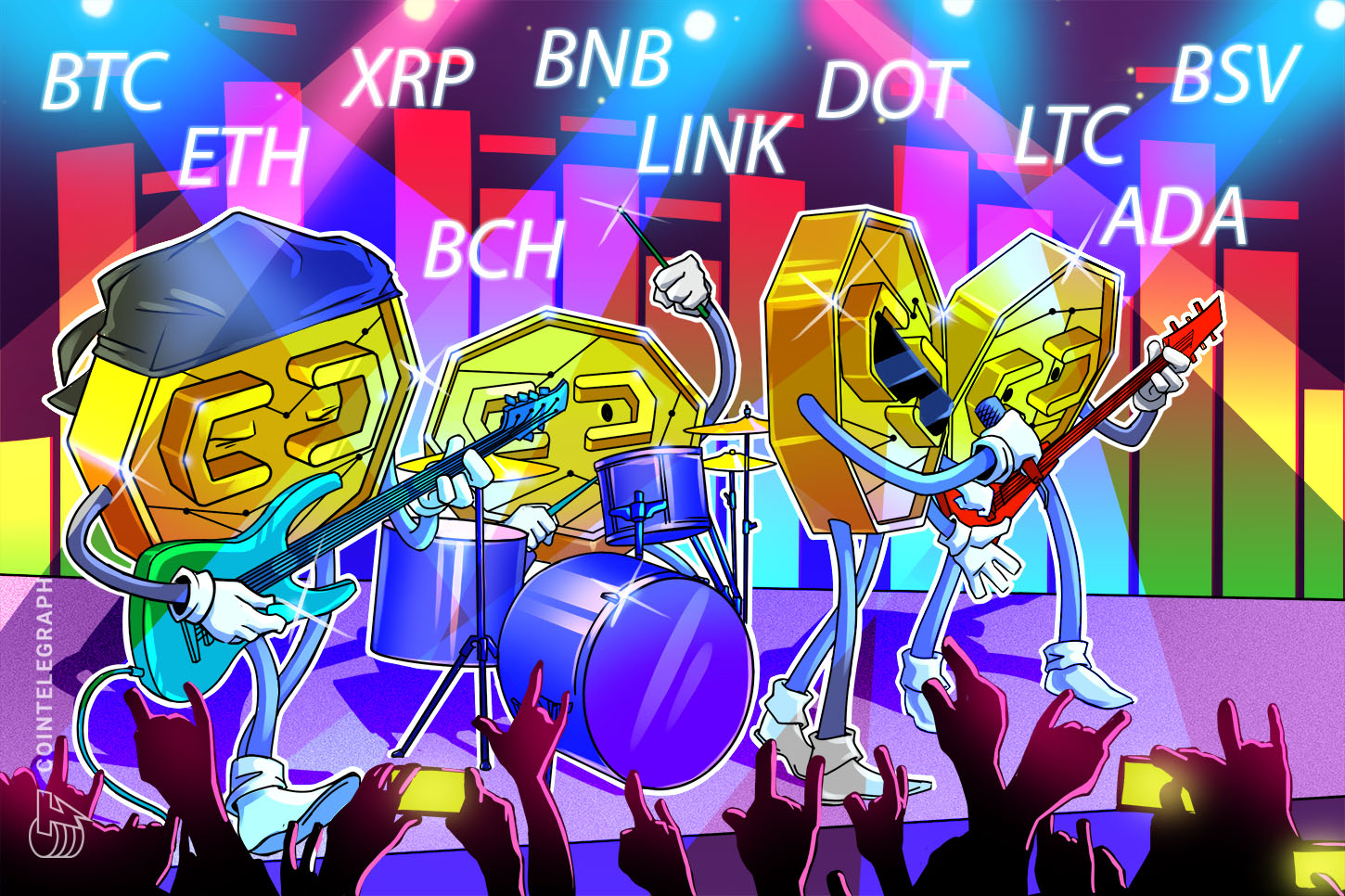 PayPal’s crypto announcement acted as a trigger that drove Bitcoin (BTC) price to a new 52-week high. During such news-based events, traders holding short positions are caught off guard and are forced to cover their trades, resulting in the type of short squeeze seen during the Oct. 21 rally.

However, after this initial burst, the next leg of the uptrend is only possible if demand picks up and the bulls continue to buy at higher levels.

Data from Huobi exchange suggests that pro traders are not convinced that the current rally warrants the opening of long positions and Cointelegraph contributor Marcel Pechman explained that this could be a bearish signal.

This opposing set of data from Bitcoin futures exchanges only adds to the confusion among traders about the next possible move.

Let’s go a little deep into the psychology of the traders for a better understanding. Institutional investors rarely buy because of FOMO as they are generally more averse to

These large traders may wait for the rally to sustain and complete a successful retest of the breakout level before buying.

Let’s take a look at the top-10 cryptocurrencies in order to determine what the technical indicators project.

Bitcoin (BTC) broke out and closed above the $12,460 resistance on Oct. 21. This move helped the cryptocurrency notch a new 52-week high, which is a sign of strength.

The 20-day exponential moving average ($11,679) is sloping up and the 50-day simple moving average ($10,943) has also started to rise. This shows that both the short-term and the medium-term trend favors the bulls.

However, the rally above $13,000 pushed the relative strength index close to 81, a level which attracted profit booking the last two times it was reached.

The BTC/USD pair is facing selling above $13,000 but the bulls do not seem to be in a hurry to close their positions. If the pair does not drop below $12,460 within the next few days, it will increase the possibility of a rally to $14,000.

On the contrary, if the bears can pull the price below the $12,460–$12,050 support zone, it will suggest a lack of demand at higher levels. Such a move will suggest that the current breakout was a bear trap.

Ether (ETH) broke out and closed above $395 on Oct. 22. This move completed the ascending triangle pattern, which has a target objective of $478.

The rising 20-day EMA ($377) and the RSI in the positive territory suggest that the bulls have the upper hand.

However, the bears are currently trying to pull the price back below the breakout level of $395. If they succeed, it will signal that the current breakout was a fake one. The next support on the downside is the uptrend line.

Conversely, if the ETH/USD pair rebounds off $395, it will suggest that the breakout is valid. The uptrend could pick up momentum after the bulls push the price above $421.

The failure of the XRP/USD pair to break out of the range could have attracted profit booking. If the price breaks below the moving averages, it will suggest that the range-bound action is likely to extend for a few more days.

A breakout and close (UTC time) above the resistance zone will complete an inverted head and shoulders pattern that could signal the start of a new uptrend with a target objective of $0.30.

Bitcoin Cash (BCH) is currently facing selling near the overhead resistance at $280. This shows that the bears are trying to keep the price below this level. If they succeed, a drop to the 20-day EMA ($247) is possible.

However, the upsloping 20-day EMA and the RSI close to the oversold zone suggest that the path of least resistance is to the upside.

This bullish view will be invalidated if the pair turns down from the current levels and breaks below the critical support at $242.

Binance Coin (BNB) broke above the downtrend line on Oct. 22. This suggests that the correction could be over. The upsloping moving averages and the RSI above 56 suggest that bulls have the upper hand.

This bullish view will be invalidated if the price continues to decline from the current levels and plummet below $28.50. Such a move could start a deeper correction to $22.

Chainlink (LINK) completed an ascending triangle pattern when it broke and closed above $11.8028 on Oct. 22. The target objective of this bullish setup is $15.

The gradually upsloping 20-day EMA ($10.71) and the RSI above 57 suggest that bulls have the upper hand.

However, the bears are not willing to let bulls have their way. They are currently attempting to drag the price back below the $11.199–$11.8028 support zone. If they manage to do that, it will suggest that the current breakout was a bull trap.

On the other hand, if the bears fail to sustain the price below the support zone, it will indicate that the bulls are accumulating on dips. This could increase the possibility of a rally to $13.28 and higher.

The 20-day EMA has flattened out and the RSI has risen above the 50 levels for the first time in more than a month. This suggests that the selling pressure has reduced and the bulls are attempting to make a comeback.

However, if the price again slips back below the 20-day EMA, the DOT/USD pair could extend its stay inside the range for a few more days. The pair may turn negative if the bears sink the pair below the critical support at $3.5321.

Litecoin (LTC) completed an inverse head and shoulders pattern when it broke out and closed above the $51–$52.36 resistance zone. The pattern target of this bullish reversal setup is $61.

The upsloping 20-day EMA ($49) and the RSI near the overbought zone suggest that bulls are in control.

However, after the initial run-up, the price may retest the breakout zone of $51–$52.36. If the bulls purchase the dip to this zone and the price recovers sharply, it will suggest that the zone may act as a floor in the future.

This bullish view will be invalidated if the bears drag and sustain the LTC/USD pair below $51. Such a move will suggest that the current breakout was a bull trap.

Cardano (ADA) has been trading inside a rising wedge pattern for the past few days. The bulls have failed to push the price above the immediate resistance at $0.1142241, which shows a lack of demand at higher levels.

The rising wedge is usually considered as a bearish setup. The pattern will complete when the price drops and closes below the support line of the wedge. Such a move could drag the price down to $0.090 and then to $0.0755701.

However, the upsloping 20-day EMA ($0.10) and the RSI in the positive zone suggest a minor advantage to the bulls. If the buyers can propel the price above the wedge, the ADA/USD pair could start an up-move that may reach $0.01445.

Bitcoin SV (BSV) has formed a symmetrical triangle pattern, which shows indecision among the bulls and the bears. Although the bulls had pushed the price above the triangle on Oct. 22, they could not sustain the higher levels.

The price has turned down from the downtrend line and the bears will now try to sink the BSV/USD pair to the uptrend line of the triangle. If this support cracks, a drop to $146.20 is possible.

Conversely, if the pair rebounds off the uptrend line, the bulls will once again attempt to push the price above the triangle. If they can pull it off, a rally to $180.63 and then to $227 could be on the cards.