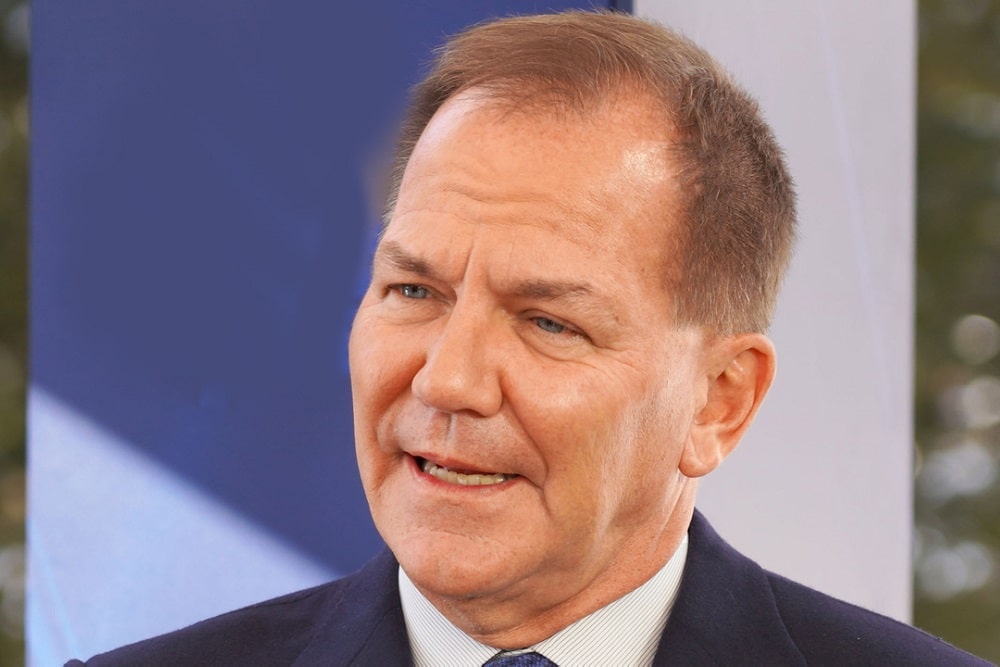 Following the fresh spike in Bitcoin’s price this week, Paul Tudor Jones, the founder and chief investment officer of Tudor Investment Corporation, said he is more bullish on the cryptocurrency.

Jones told CNBC in an interview today that the largest cryptocurrency by market cap is the best “inflation hedge” over gold and copper while adding that BTC’s value is still in its early stages and is yet to reach its full potential.

I think we are in the first inning of bitcoin and it’s got a long way to go.

The hedge fund manager, who disclosed his BTC investment in May this year, said the cryptocurrency forms a small percentage of his portfolio.

However, with the recent event, there is a likelihood that he may acquire more of the asset in the coming days based on his recent remark: “I like bitcoin even more now than I did then.”

Regardless of the amount of BTC he owns, Jones said he has been an advocate of the cryptocurrency and recommends the asset to other investors.

Jones added that Bitcoin investment is similar to having shares in large corporations like Apple and Google.

Bitcoin has this enormous contingence of really, really smart and sophisticated people who believe in it. Bitcoin is like investing with Steve Jobs and Apple or investing in Google early.

Bitcoin set for another 2017 craze?

Recent events, especially the inflow of new money and Paypal allowing its users to buy and sell bitcoin, have pushed BTC price to its highest levels since January 2018.

The cryptocurrency blasted through the $13k mark and traded as high as $13,243 earlier today. At the time of writing, Bitcoin is trading at $12,903.

Analysts believe that the asset is on track for a repeat of the 2017 bull run when the asset traded above $20,000.