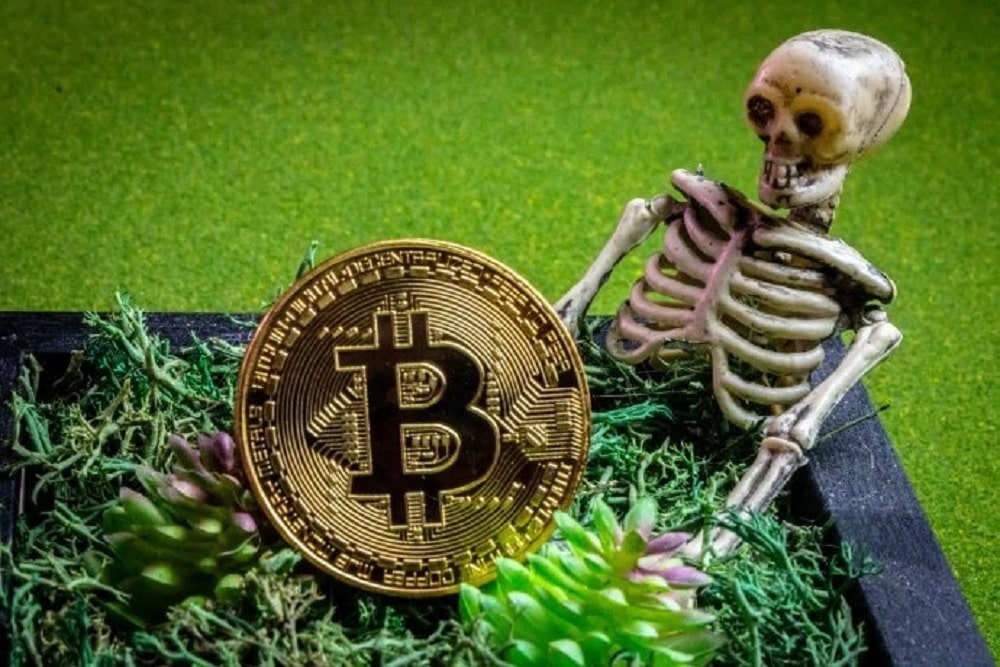 Due to Bitcoin’s flexibility, autonomy, and accessibility, the cryptocurrency has been regarded as a game-changer in the 21st-century financial system. With Bitcoin, users control how they spend their money without having to deal with the bottlenecks of banks and government restrictive policies.

That said, the volatility and perceived anonymity inherent in it also makes it somewhat a potentially high-risk venture. There are mixed feelings that surround investing in Bitcoin as demonstrated by the comments made by various popular billionaire investors and business tycoons when asked the question: is Bitcoin legit?

Experts Opinions: Is Bitcoin a Scam or Legit?

“Cryptocurrencies basically have no value. They don’t produce anything. “You can’t do anything with it except sell it to somebody else. But then that person’s got the problem.”

“Wall Street could be witnessing the historic birthing of a store of value through popular cryptocurrency bitcoin. It’s great speculation.”

“Bitcoin is in the mid 10’s and people worry. LMFAO!! Why do you pay attention to weekly fluctuations? Look at the past few months FFS! It’s rising drastically. I’m still positive about…”

The above comments emphasize the level of volatility and uncertainty associated with Bitcoin, which underlies the authenticity and sustainability question on the digital asset.

While we shall still make reference to the above-mentioned comments later in this review, we would like to quickly highlight what Bitcoin entails and whether it is the right investment for you. This is with a view to helping prospective investors and beginners to correctly answer the question: is Bitcoin a scam or legit?

Bitcoin is the first successful blockchain-based cryptocurrency that was launched in 2009 by an anonymous person or group called Satoshi Nakamoto. Since its release, the digital currency as recorded massive gains, with its value racing from almost zero in 2009 to almost $20,000 in 2017. The coin is trading around $10,000 at the time of writing this article.

Getting started with Bitcoin trading simply begins with having a Bitcoin wallet installed on either one’s computer or mobile phone. You can then buy or sell the currency via trading platforms like  Coinbase, Binance, Robinhood,  and many others.

For the prospective investors in bitcoins trading, the issue of Bitcoin’s legitimacy or scam is a crucial one. In spite of the growing skepticism about the legitimacy of Bitcoin, it seems to offer something exciting to its investors.

Although Bitcoin has not yet become a legal tender of any country, it is considered as a property in some nations. And it is shaping the regulatory perspectives of some governments of the world. For instance, in 2019, the second Chinese jurisdiction declared that Bitcoin is a legal property, despite the country’s unfriendly regulation in previous years.

There is also increasing adoption of Bitcoin for payment purposes like taxation and donation. Coinfomania reported recently that Switzerland’s canton of Zug now allows taxpayers within its jurisdiction to pay their taxes using Bitcoin and Ethereum.

Traditional institutions are becoming more open to the idea of adding digital assets like Bitcoin to their portfolio. For example, Coinfomania reported that Fidelity Investments in 2018 launched a cryptocurrency-investment focused subsidiary named Fidelity Digital Asset Services for institutional investors.

More recently, Microstrategy, a reputable data analytics company with a market capitalization of $1.33 billion, recently acquired $250 million worth of Bitcoin (21,454 BTC) as part of its cash reserves.

The birth of Bitcoin created a multi-billion dollar market. The crypto market is currently valued at over $320 billion with more rooms for growth. Additionally, the industry has also seen the rise of reputable blockchain and cryptocurrency-focused companies, including Binance, Coinbase, Bakkt, and Chainalysis to mention a few.

Aside from these, experts and entrepreneurs in the cryptocurrency space have also been featured in mainstream magazines as some of the most promising business people in the world.

In 2018, the Huran Research Institute ranked Binance CEO Changpeng Zhao and 13 other crypto persons in its list of China’s richest businesspeople.

More recently, Binance’s Catherine Coley, Bakkt’s Adam White, eToro’s Yoni Assia, and other crypto entrepreneurs made it to Fortune 40 under 40 2020.

Is Bitcoin a Scam?

Despite the above arguments for Bitcoin’s legitimacy, the industry is still fraught with some downsides that critics usually use against the digital assets. Potential investors should be aware of these before concluding if Bitcoin is a scam or legit.

There is a growing number of fraudulent investment schemes taking advantage of the rising global interest in Bitcoin to lure and dupe unsuspecting investors.

Chainalysis reported one of the biggest ever Ponzi schemes known as PlusToken that made about $2 billion in 2019 from fake coins from investors. The scammers promised investors high returns on their investments if they used Bitcoin to buy the project’s token called Plus. But it all ended in pains.

As a potential investor in Bitcoin or cryptocurrencies, it is important to do adequate research before investing your money in any project or platform that claims to offer Bitcoin investments.

Keep up with our Scam Alerts section to know how fraudulent crypto projects operate.

Aside from fraudulent schemes and scams, the crypto industry has become a favorite playing ground for hackers. Crypto exchanges and investors have become victims of this nefarious act, which has led to the loss of millions if not billions of dollars worth of cryptocurrencies.

One of the greatest hacks of all time in the crypto world is that of Mt. Gox, one of the first Bitcoin exchanges in the early days of the digital asset. According to reports, the exchange was hacked in 2014, losing approximately 850,000 BTC, which were worth over $450 million at that time. As of today, those BTC are worth more than $8.5 billion.

Other notable hacks include the Bitfinex hack with $76 million lost and Cryptopia’s with over $20 million stolen by the hackers, which forced the exchange to shut down.

Bitcoin is a volatile asset. And this has been a key argument for many critics to discourage Bitcoin investments. For instance, in March, the price of Bitcoin fell from over $9,000 to $3,500 within a few days.

Following the bloodbath, critics, including Bloomberg’s editor, Joe Weisenthal, gave several reasons why 2020 has been a bad year for Bitcoin.

But the volatility in the crypto market is what keeps many existing traders interested in trading cryptocurrencies over traditional assets like stock and gold. An August report published by analysts at JP Morgan confirmed this.  According to the report, Bitcoin has become more attractive to millennials since the outbreak of the coronavirus (COVID-19).

Final Words: Is Bitcoin a Scam or Legit?

Although Bitcoin investments offer exciting benefits to investors, it should be noted that all that glitters is not gold. A prospective investor should do thorough research about Bitcoin trading and exchanges before investing.

The comments of Warren Buffett, John McAfee, Paul Tudor Jones mentioned above highlight the level of skepticism and optimism that surround Bitcoin as a digital asset.

Since Bitcoin is mostly stored online, investors stand the risk of losing their coins to hackers, which may not be easy to trace. Thus, it is important for investors to learn how to secure their digital assets, especially with cold wallet storage for high-net investors.

See Also: Is There a Bitcoin Customer Service? How a Decentralized Community Fills the Role