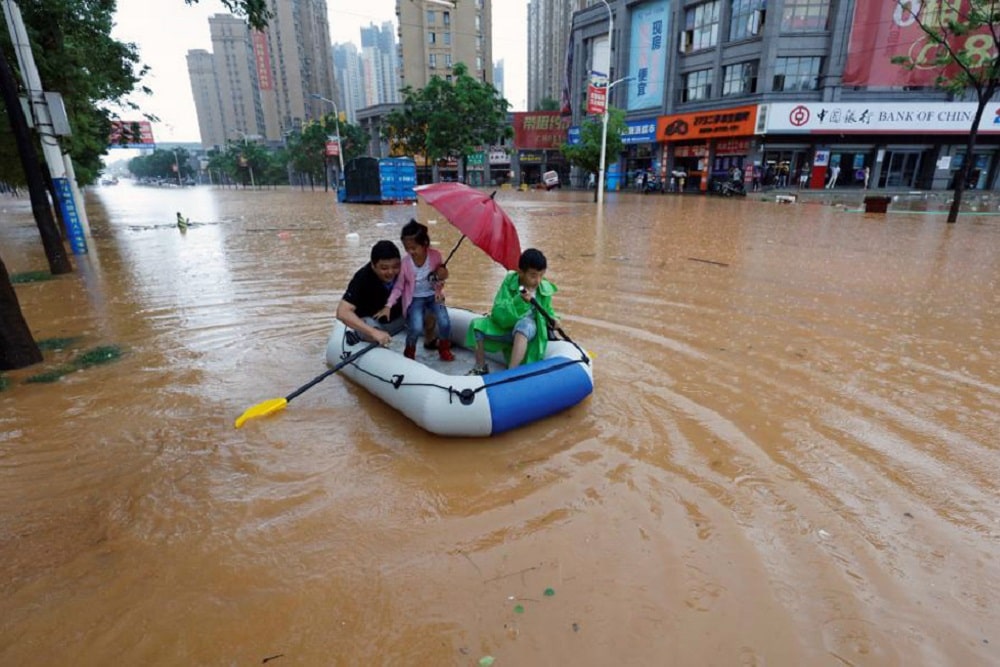 Bitcoin has been recording a price decrease or correction according to analysts. At the time of writing, the cryptocurrency was trading at $10,191.

While several factors including the plummet in the stock market could be responsible for the downtrend in the crypto market, recent reports suggest that the excessive flood in China could also be a factor that caused the fall in the value of Bitcoin.

It’s the monsoon season in China and major cities in the country particularly in the Sichuan area of southwest China has been seeing intensive rainstorms.

Monsoon is a seasonal shift in wind direction and pressure distribution produced when there is a temperature imbalance between vast landmasses (e.g., India and Asia) and neighboring oceans. This monsoon led to excessive flooding in Sichuan, resulting in some hydroelectric power plants’ shutting down to dispense the floodwaters.

This shutdown led to a decrease in electricity flow, and as the Sichuan area of China covers a sizable amount of the Bitcoin network’s total computing power, Bitcoin price was affected. The little or no quantity of electricity provided also affected major mining pools such as Poolin, Slush Pool, and HaoBTC as they had to gradually close down after a decrease in the record of hashrate.

Expounding on the reasons some mining pools closed down, Kevin Pan, CEO of Poolin, said in a Weibo post:

The flood peaks crossed the border, and the [electricity] was cut off (even water and gas, etc.), and the [miners were] passively shut down…Some [mining farms] actively suspended operations for the sake of personnel safe, complete the evacuation ahead of schedule.

Since major mining pools had to shut down, miners could no longer mine crypto-assets, leading to a revenue loss. In a struggle for survival, these miners involuntarily sell off their cryptos to cover expenses like property leases, resulting in an increase in miner outflows to exchanges as shown in the chart below.

While the decrease in the price of Bitcoin can be linked to the shutting down of Chinese hydroelectric plants because of the heavy flooding, which caused Bitcoin miners to shut down and sell off their assets to exchanges to maintain their cash flows, the theory is just speculative as other factors might have also contributed to the fall.