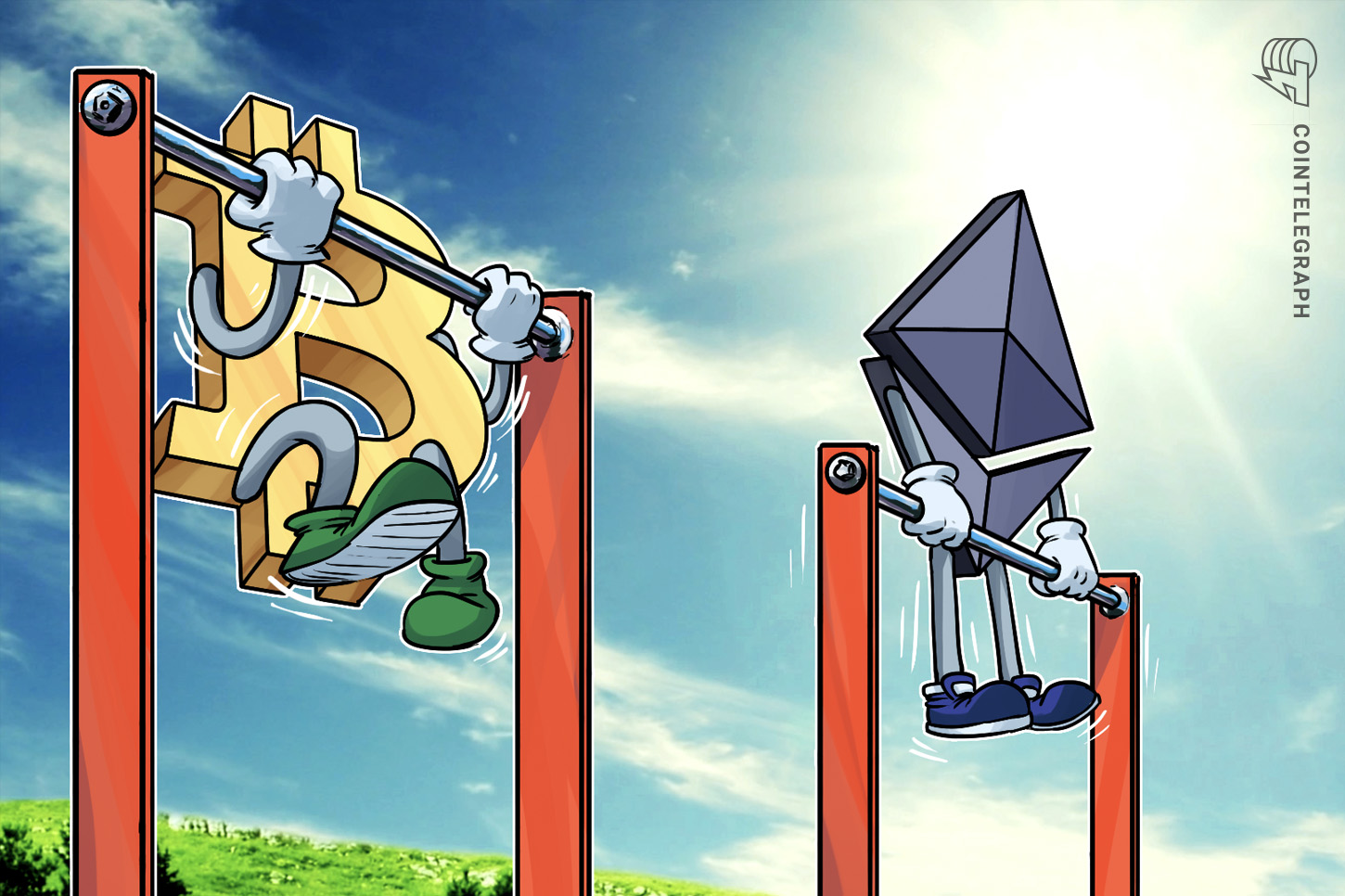 This is the second time Ethereum network fees have topped Bitcoin’s this year. On March 12, there was a sudden spike in Ethereum network fees, which totalled almost $800,000, greatly exceeding the amount paid by Bitcoin users on the same day. The Ethereum network was experiencing major congestion at the time, which likely prompted users to pay more fees for their transactions.

This time around, the reasons behind what Twitter commentators are calling the “feepeninig” seem similar.

First, Bitcoin’s mempool has recently been cleared as a result of the latest difficulty adjustment, which took place on Thursday. The lack of pending transactions has greatly reduced transaction fees on the network, which have dropped to the $1 mark. For comparison, on May 20, an average Bitcoin transaction could cost up to $6.6 due to the post-halving state of the network.

Ethereum’s mempool is currently clogged, with over 103,000 transactions pending, which partly explains the latest network fees numbers. Moreover, stablecoin transfer value has been hitting new records this year, suggesting that stablecoins — most of which, like Tether (USDT), Paxos (PAX) and USD Coin (USDC), operate on the Ethereum network — have greatly contributed to the network activity.

Ethereum developers aim to address the scalability problem in the upcoming Ethereum 2.0 upgrade, scheduled for sometime in July.

Specifically, the network will move on to a Proof-of-Stake, or PoS, consensus — meaning that asset holders, called stakers, will be responsible for network validation instead of miners. Curiously, last week, an anonymous user dropped an ETH 2.0 scaling solution on Medium.