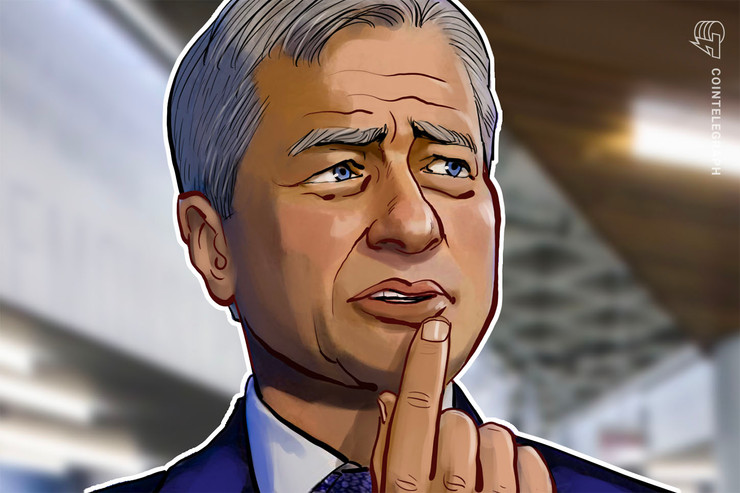 JPMorgan Chairman and CEO Jamie Dimon praised the U.S. government for quick action in the wake of COVID-19, yet he criticized it for not having a “pandemic playbook.”

Dimon is mostly known among the crypto community for his derisive statements about Bitcoin (BTC). In September 2017, Dimon called Bitcoin “a fraud” right before its historical peak.  On another occasion he said:

“It’s worse than tulip bulbs. It won’t end well. Someone is going to get killed.”

A few months later, he acknowledged regretting those statements. (And when JPMorgan subsequently announced the JPM Coin, it made Dimon look a bit silly.)

Dimon praises the stimulus package but criticizes the government

In the annual letter to JPMorgan shareholders, Dimon goes on to praise the federal government and the Federal Reserve on its prompt reaction to the current economic crisis:

“We applaud the speed with which the federal government and the Federal Reserve (the Fed), as well as other central banks around the world, put together a stimulus package and other funding benefits to help individuals, businesses, and state and local entities across the United States and beyond.”

At the same time, Dimon criticizes the government for lack of a “pandemic playbook” and its general unpreparedness for the crisis:

“There should have been a pandemic playbook. Likewise, every problem I noted above should have detailed and nonpartisan solutions. As we have seen in past crises of this magnitude, there will come a time when we will look back and it will be clear how we — at all levels of society, government, business, healthcare systems, and civic and humanitarian organizations — could have been and will be better prepared to face emergencies of this scale.”

The Great Recession all over again?

Dimon furthermore declares that JPMorgan is operating under the assumption that the impending recession will be at least as bad as the Great Recession of 2008:

“…we don’t know exactly what the future will hold — but at a minimum, we assume that it will include a bad recession combined with some kind of financial stress similar to the global financial crisis of 2008”.

Although Dimon might be wrong on Bitcoin, he knows a thing or two about the economy. Should his prediction about the impending economic crisis come true, Bitcoin may become more attractive than ever before.